Creating and burning data, video, and audio CDs, DVDs, and Blu-ray discs become simple and rewarding tasks with Express Burn. This free software tool supports all known recordable media and all the most widely used media formats, and it comes with some useful extra tools that will allow you to copy discs, erase re-writable media, or create ISO files.

The program’s tabbed interface is neatly organized by media type, so that anyone can benefit from this free tool regardless of his or her experience. As far as audio discs go, you can create both standard audio CDs and MP3 CDs and DVDs. Audio CDs support CD-TEXT (though make sure that your media players support it, too), and you can use - and combine - audio files in any of the supported formats to build your audio CD. As for video discs, you can create DVDs and Blu-ray discs out of your favorite video files, and add a custom menu to help you browse through the different tracks. Audio and video files can be edited before burning by downloading and installing WavePad and VideoPad, two editing tools also developed by NCH Software. Note that during the audio and video disc creation processes, the program may need to download specific codecs to perform certain audio and video conversions.

Data is probably the most versatile of all three formats, as you can create data CDs, DVDs, and Blu-ray discs just by dragging and dropping files of whatever kind into the program’s main window. Alternatively, you can also create and burn ISO files, especially useful for discs with a large number of files and/or complicated folder structures, or simply to make true clones of other discs. Disc copy, however, is one of the extra tools that comes with Express Burn, and that will allow you to make 1-to-1 copies of any disc in a fast and intuitive way.

Be it for its versatility when it comes to the media discs and formats supported, its freeware license, the extra tools it includes, or its intuitive and neat interface, Express Burn can be considered a more than adequate solution to all your disc-burning needs. 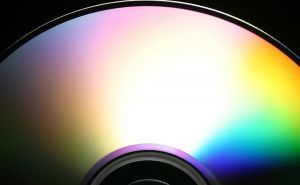 It is a CD ripping app that allows you to extract audio tracks from audio CDs.
FREE

Thank you for rating the program!
Please add a comment explaining the reasoning behind your vote.
3 comments

I needed this to burn large HD video files of live music shows to video dvd with HQ audio. It performed great for this use in my opinion. I thought the end result, especially the audio quality was very impressive. The commands take a minute to figure out. Not like other software I've used. But I think they're intuitive, and once you have them figured the rest the process is simple. Really liked the results.